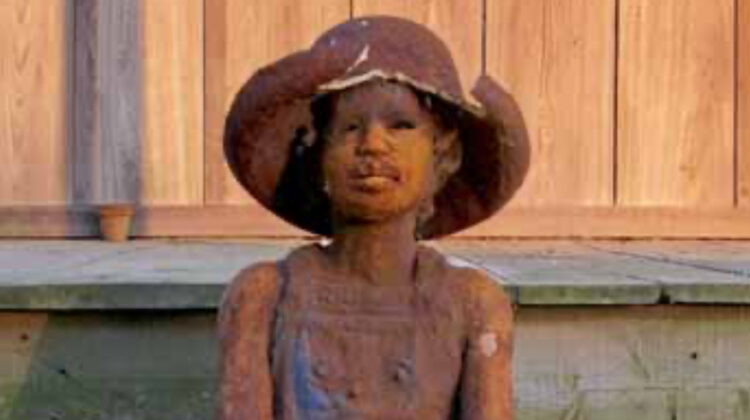 Baton Rouge, the state capital of Louisiana in the deep south of the US, is a drawcard for viewing alligators in  the swamp, catching crawfish and its rich history of architecture and a “colourful” way of life. But among the highlights are the low-lights of Louisiana: its history of slavery.

There are about 140 plantations you can visit along the Mississippi River running from Natchez south to New Orleans. These are the original homes of the rich, white slave-owning folk who grew sugar and prospered until the American Civil War ended slavery.

Many of the plantations’ houses and gardens are physically impressive and well preserved – often now they are luxury retreats and conference and wedding venues. But there is one aspect I find profoundly disturbing. Only the stories of the white folk who lived in the “big house” are being told. The slaves, who worked the land and made the white folk wealthy, hardly get mentioned.

There is only one place that tells the story of slavery from the perspective of the enslaved people, and that’s the Whitney Plantation, which opened in December 2014amid much controversy about its depiction of slave history.

Visitors are presented with a lanyard on admission. Each one has a picture of a slave.

I had Catherine Cornelius: “Ah was a slave born an raised on de Smithfield Plantation…Ah worked in de field cutting cane,” was her comment across the years.

The centrepiece of the Whitney Plantation is the marbled walls recording the names of more than 100,000 slaves documented as having lived in Louisiana up until the end of the American Civil War, when Union troops enforced President Lincoln’s Emancipation Proclamation.

The walls copy the Holocaust Memorial; there are 107,000 names and quotations from the slaves, who came mostly from the Senegal/Gambia area of West Africa. One named Anna was transported with her mother and two brothers.

Her mother died on board and she was separated from her brothers. Sold on the auction block at age five, she recalls crying at the time. She was purchased as a playmate for a child of a wealthy white family, a common practice at the time.

Another woman, Julie Goodrich, tells of the breeding dormitories, where she had 15 children all by different fathers; all the children were sold.

In another case a pregnant woman was caught stealing. The plantation owner had a shallow pit dug in the shape of her pregnant belly to protect the baby while she was tied down and flogged.

The quotations come from a remarkable piece of historical research undertaken in the Depression.

More than 6000 volunteers documented the experiences of ordinary Americans, including former slaves, as part of President Roosevelt’s Federal Writers’ Project.

Whitney was started by a German family called Hydell in 1752, who owned it until 1867.It then passed through various hands before being bought by an elderly, wealthy, white trial lawyer from New Orleans called John Cummings, an Irish Catholic real estate magnate who then spent 15 years and$8 million on the project to tell the story of slavery. It is still the only museum in the US to do this.

The enigmatic Mr Cummings told The New York Times, when the facility opened in November 2014, “Don’t you think the story of slavery is important? Well, I checked into it, and I heard you weren’t telling it, so I figured I might as well get started”.

On other plantation tours the story of slavery is airbrushed away. Its existence is not denied, it’s just not talked about.

The guides refer to the pathways for slaves to become free, but no numbers are given. Also, to the blacks who owned slaves themselves – and it’s true, a few did.

Reference is also made to the Code Noir the French legal code that supposedly regulated how slaves were to be treated.

Ashley Rogers, the Director of Museum Operations at the Whitney Plantation, debunks claims about its impact as a form of protection against physical harm to slaves.

“It was promulgated in Louisiana in 1724and remained in effect until 1763. In 1763 the Spanish took over, passing their own slave codes. In 1803, Louisiana became a territory of the US with the Louisiana Purchase. That ended its relevance,” she said.

I ask Cheryl, my tour guide at Whitney, if telling the story of slavery so often upset her.

“It does get me down,” she replied.

“But I tell myself the story is so important that I have to keep going, and I do.”

All roads to the Great Ocean Road pass through Geelong, once a bustling port and … END_OF_DOCUMENT_TOKEN_TO_BE_REPLACED

Travelling’s easier when people go out of their way to help. Three incidents … END_OF_DOCUMENT_TOKEN_TO_BE_REPLACED

John Bishop is an experienced and widely published travel writer and broadcaster with a long career in journalism and public relations. His travel stories have been published in Stuff Travel, the New Zealand Herald, and in LawTalk (the journal of the NZ Law Society), by the apn chain of newspapers in Queensland, Australia, and by Rotary DownUnder, (the monthly journal of the Rotary movement in Australia, NZ and the Pacific). He has also broadcast his experiences in the Odyssey segment of Nights with Bryan Crump on Radio New Zealand. … END_OF_DOCUMENT_TOKEN_TO_BE_REPLACED