Berlin never reached the heights of other imperial capitals in the age of empires. Even today it compares poorly both with other capital cities in Europe and with other German cities like Munich, Frankfurt, Hamburg and Cologne. As a united country, Germany is young. It only became one country in 1871, after Bismarck's forces crushed Napoleon III's armies in the … END_OF_DOCUMENT_TOKEN_TO_BE_REPLACED 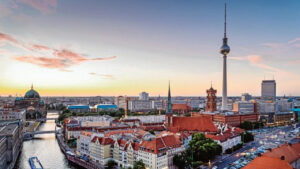 If there is one single thing that says Berlin, it has to be the Brandenburg Gate. Opened in 1791 as a symbol of peace, the Brandenburg Gate has come to say Berlin in the same way as the Eiffel Tow- er says Paris, Big Ben says London and the Harbour Bridge says Sydney. Its 12 Doric columns in a neo-classical design echo the gateway to the Acropolis in Athens. On top is a … END_OF_DOCUMENT_TOKEN_TO_BE_REPLACED

Lyon is a gem of a city. Set on a hilly site, it's where the Rhône and Saône … END_OF_DOCUMENT_TOKEN_TO_BE_REPLACED

All roads to the Great Ocean Road pass through Geelong, once a bustling port and … END_OF_DOCUMENT_TOKEN_TO_BE_REPLACED

Travelling’s easier when people go out of their way to help. Three incidents … END_OF_DOCUMENT_TOKEN_TO_BE_REPLACED