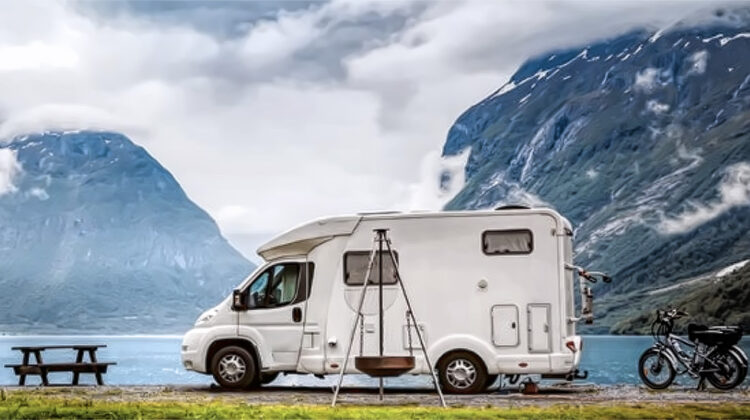 For an older generation of travellers, hotels and motels are now less favoured and caravans, recreational vehicles and flats in holiday parks are in.

Some traditional destinations like Queenstown, Fiordland, Wanaka, Dunedin and even Auckland have lost their lustre as Kiwis, including the over 60s, have sought places they haven’t been to for a while and places that they have never been to.

Places less visited like Stewart Island and the Chatham Islands have been hot destinations for all ages in the past summer, and that has continued into autumn, while holiday parks in New Zealand’s more scenically attractive places have steadily climbed in popularity.

The numbers tell the story.

In 2021 domestic tourism figures show holiday nights in Fiordland were down 67% in February 2021, by 72% in Wanaka, and 77% in Queenstown compared to two years ago (well before COVID was even known about).

By contrast over the same period, nights in Clutha district (which includes the Catlins) were up 108%, 48% in Hurunui (North Canterbury) and a whopping 164% in Tairawhiti district (Gisborne and up the East Coast.)

Stays in hotels and motels are down by over 40% in two years while stays in holiday parks are up by a third or more, some areas by massive amount: Northland by 95%,Taupo by 186% and the Bay of Plenty by 139%.

Operators are seeing the trend on the ground.

At the Himitangi Holiday Park, operators Reuben and Alice Emery have noticed an increase in demand for fixed or “roofed” accommodation.

In Whanganui, Ben Kay and Jeanie Marshall are seeing a trend to self-contained flats and their onsite motel units.

Likewise in the Bay of Plenty.

In March I visited several Holiday Parks along this lovely coast from Waihi to Opotiki in a camper van.

Mine was only a two berth but looking around the campsites there were plenty of the bigger, full motorhome variety, mostly driven by middle aged and retired people.

Discussions with the operators confirmed the trend.

The call for people to get out and see their own country has worked. Until the Australian bubble opened in April, there was no other travel option for most – unless you were willing to quarantine on your return from overseas and to pay for it as well  – and assuming you could get an MIQ place.

New Zealand rapidly became an attractive option for people of all ages.

At the Holiday Park at Lake Rotoiti, co-manager Kelsi Hira told me caravan visits were down, stays in their ten motels were up and “powered tent sites are the first sites we run out of.”

“We are getting more older people and more motorhomes. Young people come and then they tell their parents and they come, either by themselves or with the rest of the family. We are very family oriented. This is not party central.”

A sensible policy. It’s a beautiful spot with great facilities including a hot tub.

At Ohiwa Beach, the other side of the harbour from Ohope, Todd and Nola Morgan have just completed their 21st summer.

“We are seeing people who have never been in a holiday park before,” says Nola. “we are getting 60% occupancy at weekends, less during the week but business is ok.”

Sam Finnerty, who manages the Holiday Park at Ohope Beach outside Whakatane says park owners are building more roofed accommodation because that is where the demand is.

“It’s often difficult to tell the difference between a flat and a motel: all have kitchen and bathroom facilities in the unit. “We have found there is a growing market for people who want a reasonable standard of accommodation but don’t need luxury, and who would rather spend money on a good meal or on a glamourous experience.

“Holiday Parks are also good places for families to gather. They can all be in one place but aren’t living on top of each other. They can come and go as they please. Some are in tents; others are in motor homes and the older group take the flats/motels,” Mr Brown said.

On a wet, warm and windy November morning, my wife and I set off from Wellington … END_OF_DOCUMENT_TOKEN_TO_BE_REPLACED 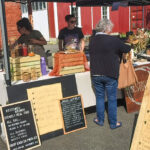 In the sunshine, the city is quite a delight. Some cities have repurposed their … END_OF_DOCUMENT_TOKEN_TO_BE_REPLACED

John Bishop is an experienced and widely published travel writer and broadcaster with a long career in journalism and public relations. His travel stories have been published in Stuff Travel, the New Zealand Herald, and in LawTalk (the journal of the NZ Law Society), by the apn chain of newspapers in Queensland, Australia, and by Rotary DownUnder, (the monthly journal of the Rotary movement in Australia, NZ and the Pacific). He has also broadcast his experiences in the Odyssey segment of Nights with Bryan Crump on Radio New Zealand. … END_OF_DOCUMENT_TOKEN_TO_BE_REPLACED