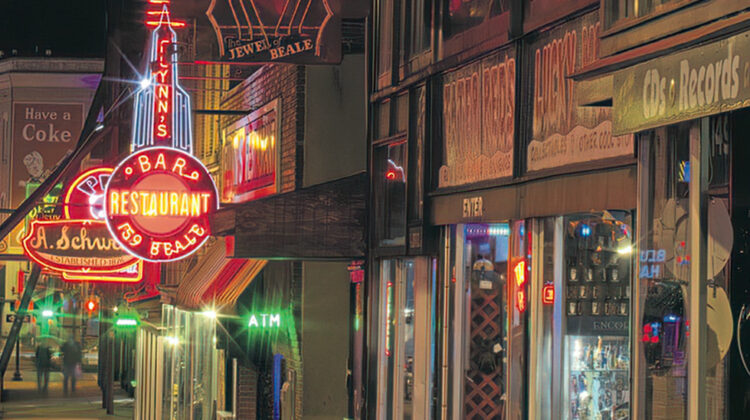 Travelling’s easier when people go out of their way to help.

Three incidents during my latest travels in the United States have reaffirmed my faith in the essential decency of human beings.

I was travelling from Memphis to Nashville by Greyhound bus. I duly arrived at the terminal, handed over my suitcase to the loader and got on the bus with a shoulder bag and a laptop bag which I stowed above the seat.

A few minutes later we were told the aircon was not working and we were to get on another bus.

But down the road I realised that my laptop bag (which also contained my on- ward tickets) was still on the bus we left behind. I told the driver what had happened.

We were about to enter the freeway, but he circled back to the terminal. I leapt off and searched for the original bus – which had been moved. I found it with the help of ground staff, got it unlocked and retrieved my bag.

The driver undoubtedly violated company policy to do what he did.

Then on a hot day in Memphis I ordered an Uber to go about a mile down the road to a shopping complex called the Bass Pro Shop at the Pyramid.

I’ve found that Uber drivers often don’t bother looking at where their passenger is going until the passenger is in the car. I always check with the driver on our destination.

Good thing too, as on this occasion the GPS was telling the driver to take me to the Bass Pro Shop in Los Angeles, a journey of 37 hours and no doubt thousands of dollars.

While he was driving, my guy was trying to get my erroneous trip cancelled, which turned out not to be easy.

Finally, he called Uber Help to amend the destination. He put himself out so I would not be inconvenienced by arguing with Uber about a large bill or a cancelled trip. He didn’t have to, but he did and I was grateful.

Finally, on my last day in the US I was at the counter outside the United Airlines lounge in Houston trying to convince the clerk that as an Air New Zealand passenger with a couple of lounge passes to my credit, I should be admitted.

It was a bit of a longshot as the passes were earned from credit card spending and I wasn’t a Koru Club member and I have long since ceased to have any status in Air New Zealand’s Airpoints scheme.

It was clear that the guy was sceptical.

Then an American voice behind me said, “Well is it all right if he comes in as my guest?” and he showed his membership card, which had some status behind it.

“Enjoy,” my random friend said as he bounded up the stairs and into the lounge before I got a good look at him. My words of thanks tumbled into empty air as I fumbled to pick up the laptop and carry bag.

Memphis, the biggest city in Tennessee, epitomises the old and new South of the … END_OF_DOCUMENT_TOKEN_TO_BE_REPLACED

John Bishop is an experienced and widely published travel writer and broadcaster with a long career in journalism and public relations. His travel stories have been published in Stuff Travel, the New Zealand Herald, and in LawTalk (the journal of the NZ Law Society), by the apn chain of newspapers in Queensland, Australia, and by Rotary DownUnder, (the monthly journal of the Rotary movement in Australia, NZ and the Pacific). He has also broadcast his experiences in the Odyssey segment of Nights with Bryan Crump on Radio New Zealand. … END_OF_DOCUMENT_TOKEN_TO_BE_REPLACED