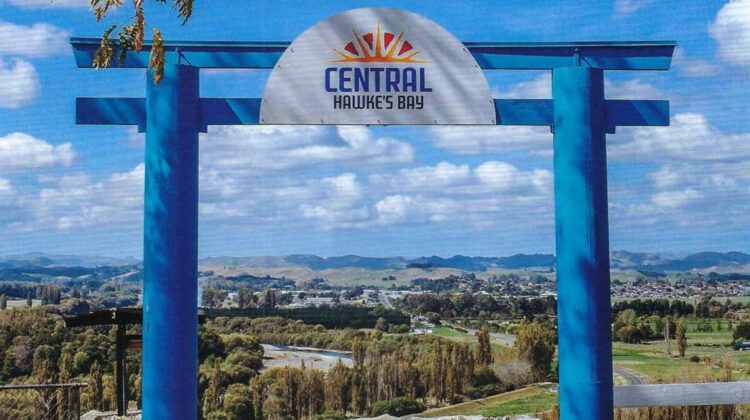 I ticked that off my list last summer, as my wife and I meandered back to Martinborough after spending a weekend in Napier.

Months earlier I had taken a road map of New Zealand and had gone over it with a felt pen tracing out all the roads I had travelled. Of course, the major highways had been traversed, as well as almost all of what we used to call the provincial highways, and a good many others as well.

In the South Island, the map was covered with black ink – Picton to Invercargill, in to Mount Cook, over the Lewis and Arthur’s Passes, though the Catlins, from Nelson to Collingwood, up and over the Skippers, the ‘pig route’ in from Palmerston to Central Otago, and back down the Maniototo, even Dansey’s Pass got inked over; Lumsden into Te Anau and Manapouri, around western Southland taking in Tuatapere, Nightcaps, Otautau and Riverton.

The North Island routes were also covered in ink. lei previously covered all the main highways and provincial roads, the backside of Lake Taup6, around the East Cape, and through the gorge from Gisborne to Opotiki, Hongi’s track, around the Coromandel and up to Port Charles, and even the Far North to up Kaitaia and down the west side to Dargaville, out to the coast from Pukekohe, and the west side of the Firth of Thames through Miranda and on to Auckland through Hunua.

And a personal favourite, over the hill from the Waitomo Caves and down to the gentle harbour town of Kawhia, once the third busiest port in New Zealand. In the 1830s to the 1850s local Maori had their own shipping business selling and shipping hides and other produce to Sydney and Melbourne. Now it’s a hideaway for boaties and fishers.

But there were three glaring gaps: the inland route to Gisborne from Wairoa; the Gentle Annie between Napier and Taihape and the coastal route in the Wairarapa. So, on a whim, and since we were in no hurry, I persuaded my wife that instead of heading down the main road from Napier to Martinborough we should swing east and explore the back road. It seemed liked a good idea at the time.

We fuelled up in Waipukurau and took the opportunity to get coffee and food at the Angkor Wat, which is the cousin of the place of the same name in Waiouru.

The Angkor Wat in Waiouru is run by Cambodian migrants and has a well-deserved reputation for the quality of its bakery items: their pies have consistently won national awards in various categories over the last 10-15 years. And rightly so. In Waipukurau their mini mince pies were a delight, and the sandwiches were good too. Although this was New Year’s Day with lots of traffic on the road, it was the only food place of any kind (other than the BP station) open in Waipukurau.

Fortified by caffeine and with an adequate supply of carbohydrate and fruit for lunch, we plunged down Highway 52 heading south and east. The first part of the journey, heading to the coast is a pleasant and uneventful drive.

On the way look out for Ormondville, a settlement named after the Ormond family, one of the pioneer farming families in the area.

I had seen pictures of the magnificent family home, an old Victorian mansion, two storeys, built of wood with the ornate styling of the era, a balcony running around the second-floor bedrooms. It is a big house in a wooded glen, a great setting, full of grandeur, lying sympathetically to the sun. It was recently sold out of the family.

We reached the coast at Porangahau, its lovely beach extending for miles, with long flat sand and good-looking breakers, big enough to be entertaining but not threatening or dangerous. Vehicles are allowed on the beach but there is no surf lifesaving patrol here. There’s quite a sizeable community at holiday times, and some substantial houses, but far fewer permanent residents than at other beach places.

Facilities in the ‘town’ a few kilometres back up the road are a bit limited. There’s a pub, a coffee caravan and a police house, but not much else. Coming here means bringing everything you need or driving back to Waipukurau.

We walked the beach and ate our sandwiches and munched our apples in the changing shed -in the sun, but sheltered from a crisp and blustery nor’easterly that was shifting the dry sand along the beach. It’s a good-looking beach that reminded me of our favourite holiday spot in Whangamata, but this is nowhere near as developed and the population is tiny compared to the Coromandel and Waihi beaches at their peak.

After Porangahau the drive is nicely green in open countryside but frankly it was rather boring. There are no settlements, scarcely a car on the road, and certainly no visible signs of activity. On busier rural roads you often see farmers doing something in their fields, cutting a hedge, making hay, feeding out, or maybe just the big irrigators are spreading water. Here there was nothing.

One highlight was finding what may be the world’s longest place name.

Just before Pongaroa is Taumata whakatangi hangakoauau a tamatea turi pukakapiki maunga haro nuku pakai whenua kitanatahu, which translates as “the place where Tamatea, the man with the big knees, who slid, climbed and swallowed mountains, known as ‘land eater: played his flute to his loved one:’ Locals simply call it Taumata Hill.

It’s 55 kilometres south of Waipukurau, and there are signs several kilometres back on either side advising that the sign is coming up – it would be easy just to whizz past. While the sign is on the main road, the actual site where Tamatea did his grieving after his brother was killed in battle is a further five kilometres down a side.

Although we were heading for Martinborough and could see on the map the roads which took us there, we managed to get tangled up somewhat and found ourselves on the road approaching Masterton rather than heading south to Martinborough. (I disdain the use of a GPS.)

It didn’t matter, it was almost a relief to see traffic again, as this seemed to signal that we were back in civilisation. Not that the back road felt especially remote. I am sure that if we had had a breakdown, someone would have come along eventually, but it just didn’t feel like that.

Years earlier we had broken down in the Ureweras, somewhere between Murapara and Waikaremoana in the midst of the forest, and every passing car stopped to see if we needed help. I hitched a ride with my punctured tyre through to Wairoa -we’d already shredded the half-flat spare on the rough road.

I left my wife in the car with breakfast cereal and half a bottle of red wine for company.

The silence there was positively deafening, just a little bit of twittering and some rustling. I recall that time as being the nearest thing I have ever seen in New Zealand to ‘Deliverance’ country. One almost expected a tattooed warrior with a musket to step out from behind a tree.

On that occasion getting the tyre repaired and put back on the car in the bush was an expensive undertaking, and the sight of first Wairoa and then Napier ( our original destination) was positively blissful.

The coastal and inland route from Waipukurau to Masterton is not like that, but reaching Martinborough late in the day felt like a small triumph. It is longer than driving State Highway two, certainly a lot more up and down hills, windy roads that became tedious, but at least having done it once, and crossed it off the list, I know what is down the end of that road.

Lyon is a gem of a city. Set on a hilly site, it's where the Rhône and Saône … END_OF_DOCUMENT_TOKEN_TO_BE_REPLACED

Travelling’s easier when people go out of their way to help. Three incidents … END_OF_DOCUMENT_TOKEN_TO_BE_REPLACED

John Bishop is an experienced and widely published travel writer and broadcaster with a long career in journalism and public relations. His travel stories have been published in Stuff Travel, the New Zealand Herald, and in LawTalk (the journal of the NZ Law Society), by the apn chain of newspapers in Queensland, Australia, and by Rotary DownUnder, (the monthly journal of the Rotary movement in Australia, NZ and the Pacific). He has also broadcast his experiences in the Odyssey segment of Nights with Bryan Crump on Radio New Zealand. … END_OF_DOCUMENT_TOKEN_TO_BE_REPLACED