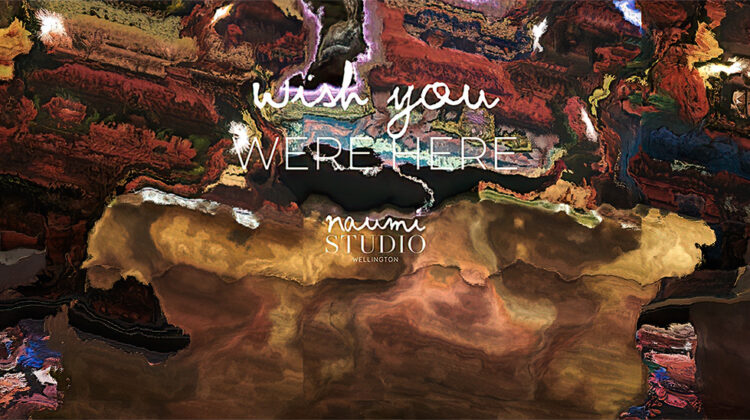 An old Edwardian building on Wellington’s eclectic Cuba Street, once a temperance hotel, has been revamped yet again to become the second Naumi Hotel in New Zealand.

Most recently the CQ Hotel and Trekkers before that, the People’s Palace was built by the Salvation Army in 1902 to provide safe and alcohol-free lodgings for non-drinkers and temperance folk.

Today the Army’s national Headquarters is still across the road, and the People’s Palace name is still embossed on the stonework on the buildings’ exterior, a popular style at the time.

Inside, the four-story building has been transformed yet again in a bold even garish display of colours channelling a somewhat decadent 1920s Shanghai meets French Empire vibe.

Naumi positions itself as a quirky, exciting hotel and entertainment brand where staying in the hotel is an important part of the fun.

It’s appealing to casual, solo travellers, to adventurous couples and weekend break people looking for an experience that goes beyond a comfortable bed and a bar and café.

Cuba Street was New Zealand’s first pedestrian mall and is now Wellington’s most vibrant and quirky street beginning with the world-famous bucket fountain which has entertained children since it started in 1969 and continuing with Cupa Dupa, a two-day street carnival attracting over thirty thousand visitors a year.

Along the street are at least four of Wellington best-regarded café restaurants, Loretta, Floriditas, Olive, and Ombra plus Logan Brown consistently one of Wellington’s best fine dining establishments since opening in a former bank building in 1996.

Naumi Wellington General Manager Mads Neilsen, who has moved uptown from the Doubletree by Hilton, talks proudly of the purple, red and blue themed floors and of the company’s plans for further development: 62 junior suites are to be added to the present total of 116 rooms, with construction to start in September.

An Asian fusion restaurant called “Lola Rouge” is also scheduled along with a high tea service in ‘The Parlour’, a colourful and relaxing lounge area between reception and the bar on the ground floor.

A particular target is “urban retreat” couples who want to come and experience the city. The hotel has 35 car parks and 100kms of bike trails beginning literally right out the door.

A walking tour of the city’s art scene is in development and the company is working with fashion designers and the street’s artistic community to create interesting experiences for their guests. It’s a long way from the hotel’s original purpose which was to replace a small rescue house for needy women built on the same site in 1894.

The People’s Palace hotels were a well-established institution in many large Australian cities where they were refugees and shelters for the urban poor and provided affordable accommodation for travelling working-class people.

Memphis, the biggest city in Tennessee, epitomises the old and new South of the … END_OF_DOCUMENT_TOKEN_TO_BE_REPLACED

Travelling’s easier when people go out of their way to help. Three incidents … END_OF_DOCUMENT_TOKEN_TO_BE_REPLACED

John Bishop is an experienced and widely published travel writer and broadcaster with a long career in journalism and public relations. His travel stories have been published in Stuff Travel, the New Zealand Herald, and in LawTalk (the journal of the NZ Law Society), by the apn chain of newspapers in Queensland, Australia, and by Rotary DownUnder, (the monthly journal of the Rotary movement in Australia, NZ and the Pacific). He has also broadcast his experiences in the Odyssey segment of Nights with Bryan Crump on Radio New Zealand. … END_OF_DOCUMENT_TOKEN_TO_BE_REPLACED