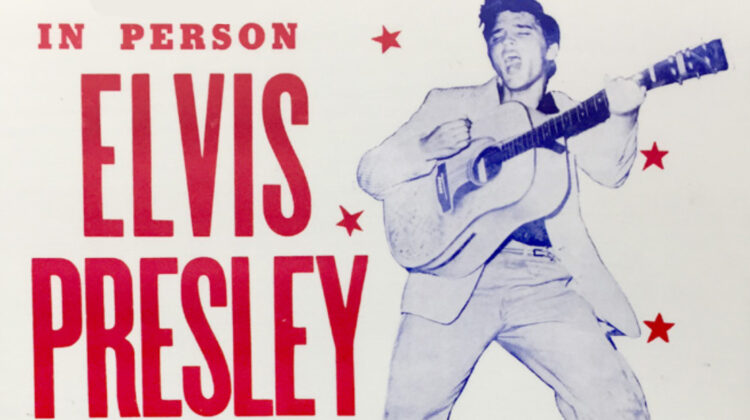 Memphis, the biggest city in Tennessee, epitomises the old and new South of the United States. Once a major slave-trading centre, in the 1960s it was the focus of civil rights action. Dr Martin Luther King was assassinated there, and the National Civil Rights Museum in the city is his memorial.

It has always been, and still is, a major musical centre for blues, country, jazz and rock and roll. Elvis Presley began his career here and he wasn’t the only one.

On or near Beale Street, there’s the Gibson Guitar factory which supplied so many legendary performers. Visitors can delve back in time at the excellent Museum of Rock and Soul, the Memphis Music Hall of Fame and the Memphis Blues Museum.

In the early 20th century Memphis was a major jumping off point for black people going north, which made for a vibrant music scene.

In a state and a city where race segregation was the official policy from the 1880s onwards, Beale Street was the centre of the black community with many black owned stores operating from there.

Today Beale Street is party central every night with bars, music and tourists filling the street.

During the day you can shop for nostalgia goods and memorabilia from the hippie era and drop into A Schwab, a general store going back to the 1870s. Have a root beer float or a flavoured soda at the original counter.

Pretend it’s still the 1950s because around the corner is Lansky Bros, where Elvis hired a tuxedo to go to his high school grad ball at the Peabody Hotel in 1951. He signed his contract with RCA Records at the Peabody in 1955. It was worth $35,000, a huge sum at the time.

The Peabody still holds its twice daily parade of mal-lard ducks, who live in the penthouse and come down in the elevator at 11am each morning to spend their day in a carved Italian travertine marble pond in the foyer and return by elevator each night.

The hotel’s history says the tradition started in the 1930s, and in 1940, a Bellman by the name of Edward Pembroke (who had been a circus animal trainer) volunteered to care for the ducks. Pembroke was given the position of ‘Duckmaster’ and served in that position until 1991.

The parade is over in 15-20 seconds and attracts hundreds of gawping spectators struggling to get a good picture.

The current Duckmaster, Doug Waterford, told me “ducks accept and adapt to their environment. They are creatures of habit and they remember what they do. This is what they expect each day.” Incidentally, no duck products of any kind are served in the hotel.

Graceland, Elvis’s home, is still the biggest single attraction in Memphis and has recently had a multi-mil-lion dollar revamp. The house where Elvis and his family lived is preserved as it was but across the street (where the tours begin) the displays are much bigger and better.

There’s a new focus on Elvis the cultural icon and on his significance in the history of popular entertainment. It’s worth remembering that he sold over a billion records, an achievement still unmatched, and starred in 34 movies.

In a wall of tributes some stand out: John Lennon: “Before Elvis there was nothing.” Keith Richards: “the world changed from black and white to vivid colour.” Buddy Holly: “without Elvis none of us would have made it.”

The look and sound were provocative and unmistakeably youthful. It was not an imitation of anything or anybody that the 1950s teenagers’ parents liked or respected. That’s what made it theirs, and that was special.

Deep in the heart of old downtown Memphis is where visitors find The Arcade, the city’s oldest restaurant.

A Greek migrant, Speros Zepatos, set it up in 1919 and moved it to its present site in 1925. Zepatos was one of many migrants from southern Europe and the Middle East who came to the United States in the period between the end of the Civil War and the Great Depression.

Many settled in Tennessee, Alabama and Mississippi where their descendants still live and work. It is now managed as a 50s-style diner by his descendant Harry Zepatos.

I had redneck eggs, described as sausage with biscuits soaked in gravy with eggs and hash browns. The bacon was crisp, almost dried out, and the mysterious biscuits were soft pieces of white bread like a bap.

The sausage is a meat patty, made from turkey. The gravy is not the flavoursome jus one gets with a good steak but a very thick white sauce, flecked with black bits which turned out to be finely-chopped mushrooms, poured over the biscuits and served on the side. The hash brown is grated potato recombined and cooked like a rosti. Eggs were flattened and served with a firm yolk.

Like many cities downtown Memphis was gutted in the 1960s and 70s, after its inner core rotted and decayed into seedy ghettos and slums occupied by the poor, prostitutes, drug users and criminals.

Once The Arcade was at the busiest intersection in town and got a lot of business from the train station opposite, one of three in Memphis each owned by a competing rail company.

Only in more recent years has there been a single national rail passenger operator (Amtrak) and it struggles to stay afloat. It’s heavily subsidised by the taxpayer – as are most rail systems in modern countries.

Southern cooking, whether it’s barbecue, fried chicken, or the more sophisticated modern trends, is flourishing and is a major drawcard.

Southern barbecue and fried chicken are staples in Memphis and not to be missed. In the South there are only two types of people: those who prefer dry ribs and those who want them wet. Dry ribs at The Rendezvous, or wet ribs at Corky’s will not disappoint. Try Gus’s for fried chicken and the Four Way restaurant for soul food, all spots favoured by locals.

For more sophisticated fare go to Itta Bena above BB King’s Blues Club in Beale Street, a quiet haven of good taste and beautiful southern food which can also be found at the Gray Canary and the Hu Diner.

The Mississippi River passes through town and New Orleans to the south has long been a major international port. Goods went up the river to Baton Rouge, Natchez and Memphis, and onto Vicksburg and St Louis right up to Chicago.

The Slave Haven Underground Railroad Museum is on the edge of town. It was the house of Jacob Burkle, a German migrant who fled political persecution in his home-land, which became a secret hiding place for runaway slaves.

Burkle ran stockyards on the edge of the city, but secretly the house was part of the underground railway for runaway slaves heading north up the nearby Mississippi River.

How slaves communicated the routes and hiding places to each other is not well understood. Visitors can see the hiding places, tunnels and trap doors used by the fugitive slaves. The Mississippi River was a 100 metre sprint away.

From the displays I learned that in 1858 there were 10 registered slave traders in Memphis including Nathan Bedford Forrest, who became a renowned Confederate cavalry leader in the Civil War and later led, but eventually renounced, the KKK. His statue in the town has now been removed.

Memphis is where Martin Luther King Jnr was shot and killed on 3 April 1968. He was in town to help the striking black garbage collectors and was staying at the Lorraine Motel, a modest place well out of downtown, as Memphis was still a racially segregated city in 1968.The motel has been transformed into the National Civil Rights Museum, a deeply moving record of slavery and the civil rights movement.

The last scene on the tour looks into the room Dr King was staying in, the bed clothes neatly folded back, his coffee cup on the night-stand. Just after 6pm he stepped on to the first-floor balcony and was shot from across the street and died an hour later.

Travelling’s easier when people go out of their way to help. Three incidents … END_OF_DOCUMENT_TOKEN_TO_BE_REPLACED

Lyon is a gem of a city. Set on a hilly site, it's where the Rhône and Saône … END_OF_DOCUMENT_TOKEN_TO_BE_REPLACED

John Bishop is an experienced and widely published travel writer and broadcaster with a long career in journalism and public relations. His travel stories have been published in Stuff Travel, the New Zealand Herald, and in LawTalk (the journal of the NZ Law Society), by the apn chain of newspapers in Queensland, Australia, and by Rotary DownUnder, (the monthly journal of the Rotary movement in Australia, NZ and the Pacific). He has also broadcast his experiences in the Odyssey segment of Nights with Bryan Crump on Radio New Zealand. … END_OF_DOCUMENT_TOKEN_TO_BE_REPLACED