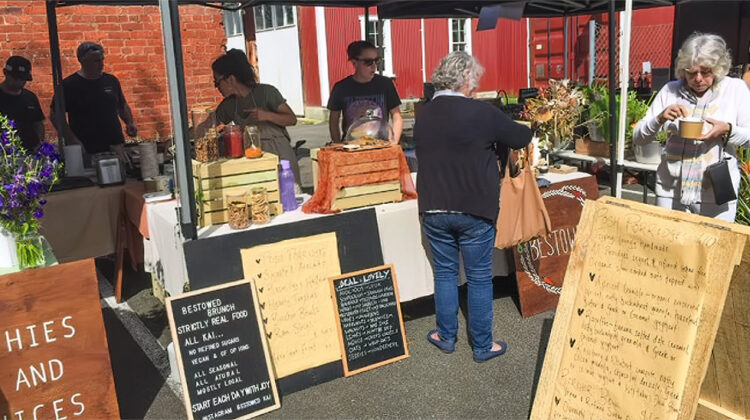 In the sunshine, the city is quite a delight. Some cities have repurposed their buildings and modernised their downtowns, but Whanganui has retained its old-town charm with heritage buildings looking fresh and spruce down the main street, Whanganui services a population of just over 40 000 people,

The Whanganui River is still the centrepiece and focus of the city. At 290km it’s New Zealand’s third-longest river (after the Waikato at 425km, and the Clutha at 322km). It has a special status for the region’s Māori people and is one of only two natural resources worldwide to have the status of a legal person. (Te Urewera is the other.)

We took a ride on the Waimarie, a genuine coal-fired paddle steamer dating from 1899. The ship sank accidentally in 1952 but was recovered in 1993 and lovingly restored by a dedicated group of volunteers. Relaunched in 2000 it now operates as a cruise ship on a river which was once the only highway to the isolated settlements in the wilderness up the river. It was one of 12 ships carrying cargo, mail and passengers until road and then rail services came along.

Passengers can look into the boiler room and see coal being shovelled into the fire which heats the boilers to produce the steam that turns the paddles to move the vessel for- wards. It uses about half a tonne of coal each trip, the ship’s engineer told me, and it puffs out clean white smoke as it makes its journey up the river and back at a steady four knots.

One special feature of the cruise is their four homing pigeons. They are taken in a basket up the Whanganui River and passengers are invited to hand-write a personal message that crew then put into small canisters attached to the pigeons’ legs before releasing them.

Being homing pigeons they then fly back to their loft at the Riverboat Centre and wait for passengers to meet them and the authors to retrieve their message.

Homing (or carrier pigeons) were used for long-distance communication for many centuries before the telegraph, telephone and then the internet came along. The riverboat company likes to think that this gives its passengers a unique insight into the way things once were.

After our morning cruise the ship was to be the venue for a wedding reception, and as we waited to get off I fell into conversation with a woman about the appeal of the boat as a wedding venue. “I hope the bride doesn’t get coal smuts on her gown”, she said.

“Unlikely”, I replied. “None of us have after two hours on board. Besides, we can’t assume she’ll have a bridal gown. People get married in all sorts of clothes these days.”

At which point she told me the story of a wedding she and her daughter had been invited to. “Actually, it was three weddings”, she said. “There was to be the conventional service, and then as the bride and groom are both nudists they were getting married again, this time in the altogether. Clothes were optional for guests, but what stopped us going was that the bride was also a Wiccan witch, so they were doing a service for that as well!”

Just out of the town is the old port area of Castlecliff, active when Whanganui was a bustling centre of commerce taking cargo from farmers along the river out to other parts of New Zealand and to the world.

At one time Whanganui was a bigger and more prosperous place than its neighbour Palmerston North, but not so today. I recall coming here in the 1980s to film a television documentary on the plight of the city. The railway workshops were scheduled to close, and the port was struggling, mainly because it required constant dredging. There was still some fishing, but industry had largely deserted the town as Palmerston North was building up its warehousing capacity, making it the trucking destination of choice. Rail passenger services were being reduced, and the airport had always been a provincial after-thought. The city still had its pride but its best days were behind it even then.

Castlecliff turned out to be a pleasant surprise, mainly because of the lovely area around the shopping precinct. There is a beach at Castlecliff, two actually. The one at the end of Morgan Street looks out to the city and the river, which flows into the sea at that point. You can swim there, but it’s rocky, unpatrolled and dangerous. There was a cold wind nipping around one’s nether regions, and I was glad to get back into the car after a brief inspection.

The real beach is a few kilometres along the way and is a proper settlement with a great café called the Citadel. We had great coffees and ate lunch there too. (On the Sunday we visited, there seemed to be an evangelical congregation meeting in the same building as the café.) The pottery shop across the road is well worth a visit.

The beach is long and has a surf lifesaving club at one end. Adjacent is the Duncan pavilion, nicely set back from the beach and named after one of the pioneer families in the area, whose lives and history are on display at the Regional Museum back in the city.

The council’s provincial museum is a gem. The museum is particularly good at local history (and doesn’t go much beyond that). Its centrepiece is 16 magnificent Lindauer portraits of Māori leaders with stunning detail and wonderful colours. Well worth a visit for those alone; entry is free.

The city is rightly proud of its Sarjeant Gallery, small but lovely with some nice Ans Westra prints and some good ceramics, and a strong focus on Māori artists. A visit is worth- while and will not take up a lot of time.

On Saturdays there is a market on the river- bank, very much a standard item in the range of attractions for cities these days, but this one was particularly good. Maybe it’s a deliberate policy but only quality items seemed to be available; the usual stalls selling second-hand clothing, handmade dresses, scratched records, battered books, out-of-date CDs, crockery and old tools were absent. There was fresh produce, cheeses, meats and preserved goods, and also plenty of other useful house- hold and garden items.

One stall that caught my eye was selling plastic yellow ducks and had signs up promoting the annual duck race. It turned out to be a fundraiser rather like a raffle, but with a difference. You buy a numbered duck – they are all identical – and on race day all the ducks are tipped off a bridge and the current carries them downstream. The winner is the first duck past the bridge designated as the winning post, and its owner gets a prize. It is not possible to coach your duck, and cheering it on makes little difference to the outcome, the lady from Jigsaw (the charity which organises the race annually) assured me.

At Virginia Lake Park above the city, there is a statue of a defiant Peter Pan – arms on hips – next to a lovely lake, with the star attraction being a water lily fountain. The wildlife on the walking tracks around the lake is abundant but watch out for the geese. I came a bit too close to mother goose and her brood for her liking. She hissed viciously and chased me away. I was faster than her and a good thing too, as she was intent on doing me harm. That aside, it is a lovely tranquil place to walk quietly and rest when the fancy takes you. The café is pretty good too. Whanganui makes much of its towers.

Walking through the 213m straight white tunnel at the Durie Hill Memorial Tower is surreal. Then take the elevator to the top and climb the spiral staircase to the top of the tower for great views. The tunnel was once the only way to reach the suburb called Durie Hill from the city.

The Bastia Hill Water Tower is a sight you’ll want to view from the outside. Walk up to the tower and enjoy the city views on the way down. If you are travelling with kids, Kōwhai Park is also fun.

In October 2020 Whanganui won Most Beautiful Small City in the annual Keep New Zealand Beautiful Awards repeating its success of previous years. I left town having enjoyed my time there and seeing what the town has to offer visitors – plenty was the answer.

Lyon is a gem of a city. Set on a hilly site, it's where the Rhône and Saône … END_OF_DOCUMENT_TOKEN_TO_BE_REPLACED

Memphis, the biggest city in Tennessee, epitomises the old and new South of the … END_OF_DOCUMENT_TOKEN_TO_BE_REPLACED

John Bishop is an experienced and widely published travel writer and broadcaster with a long career in journalism and public relations. His travel stories have been published in Stuff Travel, the New Zealand Herald, and in LawTalk (the journal of the NZ Law Society), by the apn chain of newspapers in Queensland, Australia, and by Rotary DownUnder, (the monthly journal of the Rotary movement in Australia, NZ and the Pacific). He has also broadcast his experiences in the Odyssey segment of Nights with Bryan Crump on Radio New Zealand. … END_OF_DOCUMENT_TOKEN_TO_BE_REPLACED