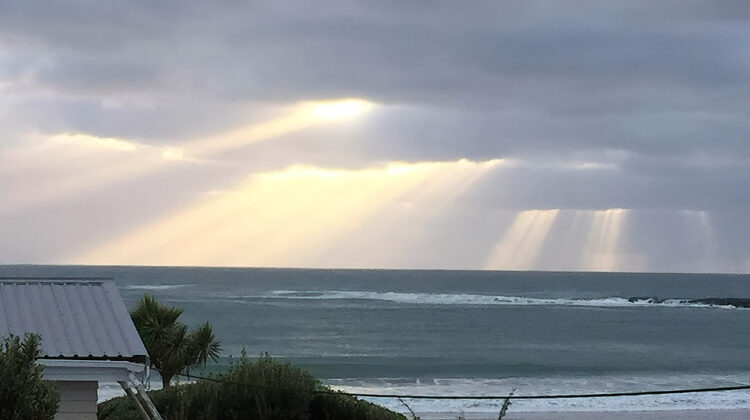 The Catlins, which was something of a tourist backwater in pre-Covid times, is enjoying a surge in travellers as Kiwis discover (or rediscover) their own country.

The Catlins is the area between Balclutha and Invercargill, along the southeast coast. It’s the alternative to the main highway running west from Balclutha to Gore, then south to Invercargill.

Along our way, my wife and I climbed hills, took in waterfalls, admired wetlands, searched for sea lions, stood starry-eyed at the Niagara Falls/ Manga Piri, and ate several meals of blue cod, everyone as good as the last.

For me, it has family connections that extend beyond the physical beauty, the sense of serene isolation, the last, lovely and lonely beaches, a quirky history, and fascinating stories of the early settlers. It’s a gentle journey.

Settlers arrived in The Catlins from the 1830s, opening up the land, building settlements, turning river mouths into ports, and homes to farming, fishing and logging. Fortrose, for example, was established as a whaling station in 1834.

Other examples include Port Molyneux, on the road from Owaka to the Nugget Point lighthouse, and The Catlins’ branch line, a single-track railway built between 1879 and 1915, mainly to extract timber.

The line ran from Balclutha 68km inland and eventually supported 12 trains a week, carrying timber, freight and passengers. The line closed in 1971. Hikers can now take a couple of days to walk the old track.

The port began as a whaling station about 1839 and functioned until flooding silted the harbour and changed the course of the river. By 1879, the new railway eliminated the need for the town.

Now there is nothing left, except some storyboards at the top of the hill above where the port was. These tell the story of the early settlers, the school they built, the life they led and the hardships they faced in a bleak and unforgiving climate.

One of the rail tunnels on a branch line is accessible from the main road. It’s a rather eerie experience walking through it in near darkness, looking at the daylight at the end of the tunnel as your guide. (Torches are recommended, but aren’t necessary.)

Owaka is the entrance to The Catlins and is its largest town. A third of the population of this sparsely populated area live there. Locals fuel up there, get their groceries there and socialise at the one pub and several cafes and restaurants, but the nearest bank is in Balclutha.

One outstanding feature of the town is Graham Renwick’s quirky collection of teapots, known as Teapot Land.

Definitely world famous in New Zealand, he started the collection after an accident ended his career as a chef, and it just went from there, he says. He has more than 1000 teapots on display.

Down the road at Nugget Point, there’s a bracing walk out to the lighthouse, long since automated, but the real highlight is the rounded rocks immediately out to sea. These look like nuggets and are visually quite spectacular.

Our first night was in a modest cottage at Kepplestone, a small, friendly community on the coast, where we walked along the beach in search of penguins and sea lions said to be about.

The next night, we were at The Whistling Frog, probably the largest and certainly the best known of the accommodation options in the area, partly because it is more or less in the centre, and is just down the road from McLean Falls, which have been pulling tourists into The Catlins for more than 100 years.

The Whistling Frog has a good cafe and bar, and the restaurant does dinner, which is helpful because, after Owaka, there are no shops to buy food.

Slope Point, the southernmost point of the South Island, is also one of the windiest. Park on the road and walk about a kilometre across a farmer’s field to the weather beacon. Take your photo in front of the AA sign that gives distances to faraway points, then walk into the wind uphill back to your vehicle.

Curio Bay, probably the last large beach in The Catlins, is a lovely spot in the sunshine but was less attractive when we were there, thanks to drizzly rain and the cold.

That night, we drove back to Waikawa for dinner from Blue Cod Blues, a takeaway caravan run by a couple of enterprising local women.

We sat in the car feeling like naughty teenagers eating blue cod and chips out of a bag, while a family gathered around a small table in what had been the bus shelter, sharing the same kai as us.

A little further along the road are the Niagara Falls. Yes, there is a waterfall, but it is not in any way comparable to the better-known waterfalls in the area, let alone the enormous and famous falls in upstate New York/Ontario that share its moniker.

My mother, now long dead, was born in Fortrose in 1910, but there’s little left of the Fortrose of her day.

Once a busy port exporting wool, grain and timber, its prosperity ended when the railway line was opened in 1899.

Now it’s a bend in the road to Invercargill, with a cafe and a petrol pump, a few houses and, at low tide, the remains of one of many shipwrecks along this coast can be seen.

We had been through The Catlins in 2005 when we went through in a day.

This time we took four days and explored the whole coast, taking in most of the sights and experiences that are recommended.

We walked out to the Tautuku Estuary, along a bush path, then across the wooden boardwalk and into the tranquil wetlands, where the raindrops glistened on a spider’s web and even the sound of silence was serenely quiet.

There’s a beach further along the way with a lovely camping ground and a long walk out to the waves, when the tide is out.

There we spied a young girl with a rod, perhaps a Christmas present, trying to cast into the river. She wasn’t catching a thing, but she and her sisters were having fun playing in and out of the pools left by the receding tide.

We walked into the Matai Falls, McLean Falls and wonderfully cascading Purakaunui.

The Catlins is a destination for those who like the gentle outdoors, although there are plenty of hikes for the go-hards.

I believe there is wildlife to be seen, even if we didn’t see much of it.

Rarely have I left a destination feeling that I didn’t spend enough time there, but that was just my feeling after four days in The Catlins.

Lyon is a gem of a city. Set on a hilly site, it's where the Rhône and Saône … END_OF_DOCUMENT_TOKEN_TO_BE_REPLACED

All roads to the Great Ocean Road pass through Geelong, once a bustling port and … END_OF_DOCUMENT_TOKEN_TO_BE_REPLACED

John Bishop is an experienced and widely published travel writer and broadcaster with a long career in journalism and public relations. His travel stories have been published in Stuff Travel, the New Zealand Herald, and in LawTalk (the journal of the NZ Law Society), by the apn chain of newspapers in Queensland, Australia, and by Rotary DownUnder, (the monthly journal of the Rotary movement in Australia, NZ and the Pacific). He has also broadcast his experiences in the Odyssey segment of Nights with Bryan Crump on Radio New Zealand. … END_OF_DOCUMENT_TOKEN_TO_BE_REPLACED