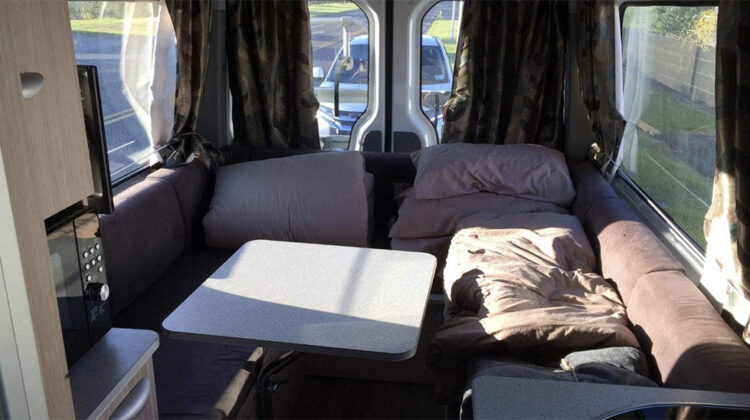 At just past midday on a sunny Auckland Sunday, I climbed into the driver’s seat of a Maui campervan at their depot and pointed my turtle, as I called my new home, down Manu Tapu Drive and onto SH20 and then SH1 and SH 2 heading for Waihi Beach.

Eight days later at a bit before midday on another sunny Auckland Sunday, I returned the van having driven 1179km, having spent six nights in six-holiday parks, two nights as a freedom camper, and with a lot more knowledge about how to do this stuff well.

Everywhere I went I met people who were open, hospitable, friendly and enjoying themselves and our country. An authentic Kiwi experience: I loved it.

There is no holiday home or beach bach on either side of my family or my wife’s, so our family holidays when the kids were young were usually in motels or rented houses, almost always at a beach, and rarely at the same place two years running.

And here is the first clue to using a campervan well: are you a ‘traveller’ or are you a ‘stayer’?

For this trip – my first – I was a “traveller”. I went from my first night at Waihi Beach along the Bay of Plenty coastline to Maketū, Ōhope, and Ōhiwa, exploring every beach as far as Ōpōtiki (with a side trip up to Te Kaha). Then back to the lakes around Rotorua, up to Miranda and back to Auckland.

If you are a “stayer” then I observed that people had motorhomes, not campervans like mine; they put up awnings and various other forms of shelter, set up their BBQs outside with table and chairs and settled down for a relaxing break.

As a traveller, I was one night in each place because I wanted to cover more territory, so I had the Maui van and whatever was in it and nothing else.

Fortunately, there was plenty in it. It was self-contained for a starter and certified so. That means I could park in various places that councils had designated for freedom camping.

I spent a night on the lakefront at Rotorua, for example, opposite the Novotel and woke to the squawking of seagulls and the shouts of morning runners.

Pull the curtains and make tea and drink in the post-dawn light. Make tea means boil the kettle on the gas ring – one of three. When you’re on a powered site in a camping ground you can use the electric jug.

Self-contained also means that there is a toilet onboard and a shower cabinet. In fact, they are the same cabinet. Using the loo is fine but showering is easier if you are a short, thin contortionist.

The detritus in each case drains into separate sealed tubs, which are to be emptied every couple of days. Emptied and cleaned with a hose in the case of the black waste. Emptied and the water tank refilled in the case of the grey waste. Camping grounds provide facilities for both types of disposal, and although simply pouring stuff down the appropriate drain sounds unhygienic, it’s not so in practice. (Do wash your hands afterwards).

I got a full briefing on what to do before I left Maui’s Auckland depot but there was a lot to take in, so my award for helpful staffer of the week goes to Sam at Ōhope Beach Holiday Park, who showed me and helped me with my first ever “dump”.

The van is diesel-powered and easy enough to drive, although I was constantly reminding myself sitting in the cab that there were about eight metres of vehicles behind me. They don’t stop as quickly or handle as lightly as the average family car.

In the daytime, the bedclothes are folded away and the table between the sideward facing bench seats is in place. Unlike bigger motorhomes, for the double bed to be made up the table must come down. And for the table to be up the bed has to be unpacked, and that means remaking it each night. Not a big deal but one consequence of the size of the vehicle. In recreational vehicles, there is an explicit trade-off between size and internal comfort.

Sheets, blankets and duvets were supplied, but no towel. I hadn’t brought one, so I just bought one on day two.

Some small points irked me. Plenty of cutlery and crockery and four cutting knives but not one of them sharp enough to slice a tomato.

The sink and the gas jets both have glass lids which close to make a flat bench. The swivel tap is easy to knock and water can gush everywhere. I did that twice.

I found it easier to prepare food on a table outside, or to eat bought salads. The refrigerator was under the bench; the size was fine but only one person in the aisle at a time, please.

Matches were supposedly provided to light the gas. I never found them, but a fellow camper gave me half a box.

Outside at the back of the van there is a pull-out BBQ. I set up the picnic table and chair next to the BBQ, made a salad, poured a glass of jungle juice and cooked a small steak on a warm evening. So blissful I did again the next night.

In my opinion, there is all the difference in the world between being in a good camping ground, like the Top Ten Holiday Parks I stayed in, and being a freedom camper.

I deliberately pulled off the road a couple of times to make a cuppa and contemplate a nice bit of scenery – beach, lake, forest.

Being in a good camping ground plugged into a powered site with access to showers, toilets and cooking facilities, TV, and good wi-fi was a much better experience than camping somewhere isolated alone.

Holiday Parks are increasing in popularity as more Kiwis explore their own country. Travellers who have never met before converse freely. The animals which people bring are a good opening gambit I found. It’s a very Kiwi experience having a drink with a new friend while the sun is sinking in the west. I felt recharged and relaxed at the same time.

Would I do this again? Absolutely. Next time I will bring a towel, a sharp knife and my own matches.

Travelling’s easier when people go out of their way to help. Three incidents … END_OF_DOCUMENT_TOKEN_TO_BE_REPLACED

Memphis, the biggest city in Tennessee, epitomises the old and new South of the … END_OF_DOCUMENT_TOKEN_TO_BE_REPLACED

John Bishop is an experienced and widely published travel writer and broadcaster with a long career in journalism and public relations. His travel stories have been published in Stuff Travel, the New Zealand Herald, and in LawTalk (the journal of the NZ Law Society), by the apn chain of newspapers in Queensland, Australia, and by Rotary DownUnder, (the monthly journal of the Rotary movement in Australia, NZ and the Pacific). He has also broadcast his experiences in the Odyssey segment of Nights with Bryan Crump on Radio New Zealand. … END_OF_DOCUMENT_TOKEN_TO_BE_REPLACED