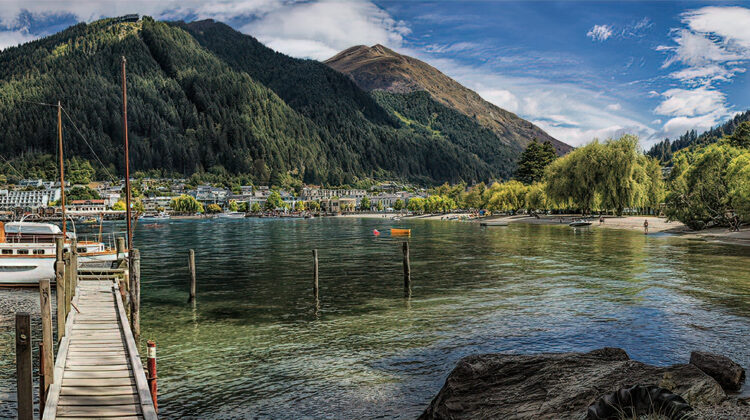 Central Otago is a destination for all seasons. Queenstown was lively over the summer months but nothing like its heady days when the place was packed with international visitors and Kiwis felt alienated by the crowds and the high prices.

Last summer there weren’t the crowds but the prices weren’t much lower than usual – at least not in my reckoning. Nowhere did I see a No Vacancy sign, so occupancy was less than one hundred percent in January and February.

We used Queenstown as our base for exploring the rest of Central Otago, and we visited Arrowtown, Wanaka, Hawea, Tarras and Lakes Hayes, the Gibbston Valley, Cromwell and Bannockburn before heading up through the Lindis Pass into Canterbury.

Central Otago is hot, relaxing, historically interesting, wonderfully scenic and full of activities. A visit to the Gibbston Valley Winery is a regular call for us when in the area and an afternoon wiled away sipping wine, eating cheese, and reading our kindles is an afternoon well spent.

A day trip to and around Arrowtown was highlighted by a stop at the Tarras village where I sampled their cheese roll, a southern delicacy much enjoyed in these parts. I tried many on our journey around southern parts and I can confidently proclaim that the one from the Tarras Village Café takes my award for top scoff. 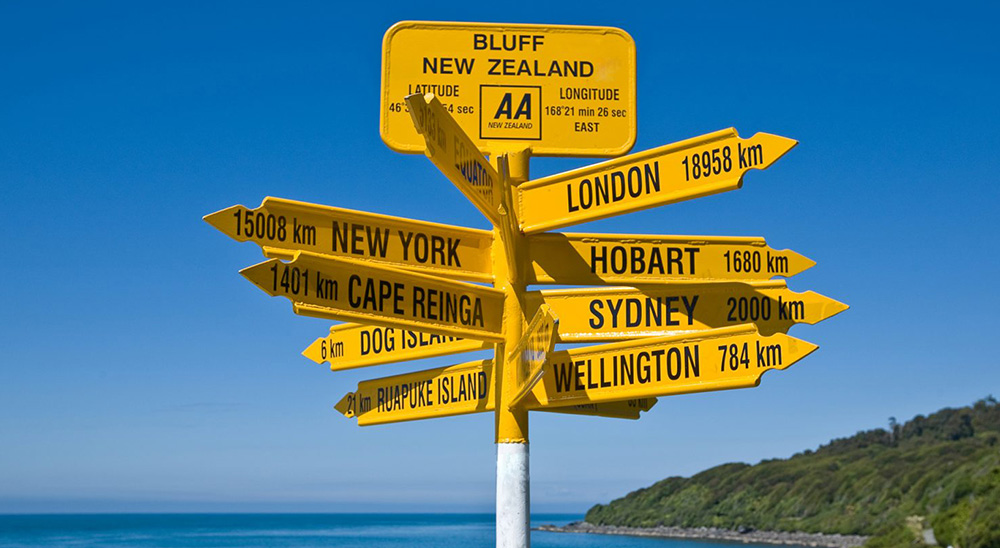 Rakiura/Stewart Island is something different and special. It’s long had a mystique in the minds of New Zealanders who are now visiting the island in increasing numbers. Famed for oysters, crayfish, blue cod and rough weather, you have to be tough and even bloody-minded to want to live there.

The South Seas pub, still the only one in town, is the nerve centre of everything that happens. A 40 minute film “A Local’s Tale” screens at the Bunkhouse theatre on the optimistically but accurately named Main Street.

Now quite an old work, it tells of the struggles of locals to establish sheep and dairy farming (both eventually abandoned) to be replaced by a dependence on fishing and tourism.

Besides the pub, which does seriously good food, there are two pop-ups, one selling blue cod and chips, the others venison burgers and roast potatoes.

Stewart Island Experiences which runs the ferries also has bus tours around the island. We took one and were disappointed. There just isn’t enough interesting stuff to see.

However, Ulva Island is a must-see. It’s DoC’s showcase achievement: a predator-free island. Weka and other wildlife, including sea lions on the shore, are free to roam. The walks are a delight and it’s easy to spend three or four hours absorbing nature. Go there by water taxi although there are tours available.

We had two full days on Stewart Island which was long enough if you aren’t doing big hikes (and we weren’t) and we left well satisfied with our experiences.

The Catlins, something of a tourist backwater in pre-Covid times, is enjoying a surge in travellers as Kiwis discover (or rediscover) their own country.

It’s the area between Balclutha and Invercargill, going along the southeast coast instead of taking the main highway running west from Balclutha to Gore, then south to Invercargill.

My wife and I climbed hills, took in waterfalls, admired wetlands, searched for sea lions, stood starry-eyed at the Niagara Falls/ Manga Piri, and ate several meals of blue cod, everyone as good as the last.

For me, it has family connections that extend beyond the physical beauty, the sense of serene isolation, the last, lovely and lonely beaches, a quirky history, and fascinating stories of the early settlers.

Settlers arrived in The Catlins from the 1830s, opening up the land, building settlements, turning river mouths into ports, all to aid farming, fishing and logging. Fortrose, where my mother was born in 1910, was established as a whaling station in 1834.

Owaka is the entrance to The Catlins, and its largest town. A third of the population of this sparsely populated area live there. Locals fuel up there, get their groceries there and socialise at the one pub and several cafes and restaurants, but the nearest bank is in Balclutha.

One outstanding feature of the town is Graham Renwick’s quirky collection of teapots, known as Teapot Land. Definitely world famous in New Zealand, he started the collection after an accident ended his career as a chef, and it just went from there, he says. He has more than 1000 teapots on display.

The Catlins is a destination for those who like the gentle outdoors, although there are plenty of hikes for the go-hards.

We took four days and explored the whole coast, taking in most of the sights and experiences that are recommended.

For example, down the road from Owaka at Nugget Point there’s a bracing walk out to the lighthouse, long since automated, but the real highlight is the rounded rocks immediately out to sea. These look like nuggets and are visually quite spectacular.

Slope Point, the southernmost point of the South Island, is also one of the windiest. Park on the road and walk about a kilometre across a farmer’s field to the weather beacon.

Don’t miss the Niagara Falls. Yes, there is a waterfall, but it is not in any way comparable to the better known waterfalls in the area, let alone the enormous and famous falls in upstate New York/Ontario.  For local waterfalls, try the Matai Falls, McLean Falls and wonderfully cascading Purakaunui.

We walked out to the Tautuku Estuary, along a bush path, then across the wooden boardwalk and into the tranquil wetlands, where the raindrops glistened on a spider’s web and even the sound of silence was serenely quiet.

Two points to note: book accommodation in advance. There is not much choice other than camping grounds. Take whatever food you need. There are no proper shops between Owaka and Invercargill although there are good cafes, pop-ups and takeaways.

Travelling’s easier when people go out of their way to help. Three incidents … END_OF_DOCUMENT_TOKEN_TO_BE_REPLACED

John Bishop is an experienced and widely published travel writer and broadcaster with a long career in journalism and public relations. His travel stories have been published in Stuff Travel, the New Zealand Herald, and in LawTalk (the journal of the NZ Law Society), by the apn chain of newspapers in Queensland, Australia, and by Rotary DownUnder, (the monthly journal of the Rotary movement in Australia, NZ and the Pacific). He has also broadcast his experiences in the Odyssey segment of Nights with Bryan Crump on Radio New Zealand. … END_OF_DOCUMENT_TOKEN_TO_BE_REPLACED