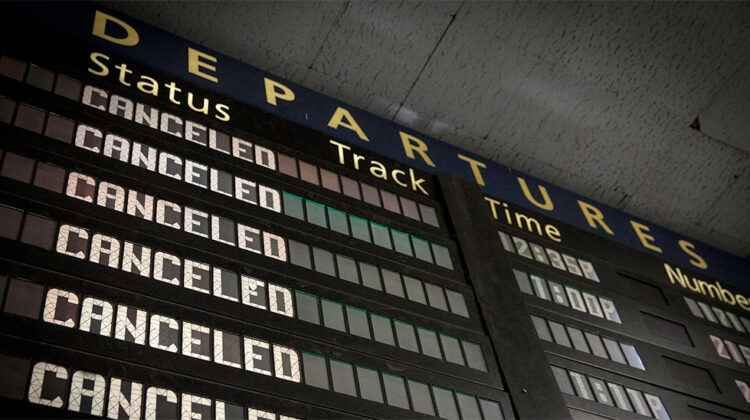 It’s an old, red-brick building in less than well-cared-for condition; with a cavernous hall that used to be full of people when people went most places by train or bus, and a barbershop that has a sign on the street saying open, but the shop itself is very firmly closed. A gift shop is selling to nobody although the Cold Beer sign is prominent.

It is 10am on an already hot Sunday morning and I am here early for an 11am train. The Amtrak office is closed. I sit in the hallway on a row of steel chairs and wait.

My hotel was just across the street, so after breakfast I packed at a leisurely pace, checked out and wheeled my bag about 100m to the low-slung brick mausoleum that was the train and bus station but was bereft of signage saying so.

I already know that there is no train. Amtrak told me that three days ago. The track between Jackson and New Orleans is down for maintenance. I’ll be going by bus.

At 10.26 another couple arrives, look around and sit down silently and wait just like me.

At 10.28 someone from Amtrak carrying his breakfast in a takeout bag arrives and lets himself into the office, ignoring my taps on the glass door.

Open at 10.30 the sign says. The sole employee sticks to that.

Once inside the good news comes. The clerk at the desk tells me that the train coming to Jackson is running late, and therefore the buses replacing the train to New Orleans will be departing late so the train passengers can continue their journey.

So, the bus will now depart an hour late, he concedes to my questioning.

Perhaps I wasn’t supposed to ask.

Bus not a train, and now an hour late, you’ve brought me nothing but a bag full of troubles, I tell the clerk.

“Ain’t nothing we can do about it, sir,” he tells me, with that heavy-eyed resignation that characterises Southern excuse-making.

Turns out the reason there is no train is flooding on the line in Louisiana.

I sit for an hour on the wooden bench. My respect for those who sleep on them increases.

Don’t they want customers? Probably not, I muse, recalling Basil Fawlty for whom customers were just an interruption to his day. “Don’t they know I am trying to run a hotel here.”

Customers are not the reason for their existence, not the why of why their jobs exist. Customers are unreasonable. They want things, like buses and trains to turn up, to arrive and depart on time, for services to be comfortable, reliable and hassle-free. Well with Amtrak and Greyhound no one tries very hard to run anything.

The cafe next to the Greyhound section of the station, which was open when I arrived in the afternoon three days ago, is now closed; Sunday morning and I ain’t coming down.

Oh, waiting for a train.

At five minutes to midday I startle myself awake and have a panic for a nanosecond: I have missed the bus.

But no. The same people are in the same places as before and passengers now number nine.

I go to the door where the buses are. There are two outside, both with engines running and cargo doors open. Perhaps something is imminent.

I ask the clerk what’s happening. Waiting for the train, the man says.

When will it arrive, I ask, recalling my earlier conversation that it was expected at midday, which is now.

Well, it’s now going to be 12.30, he says, slumped in his chair, his only job so far today being to deal with numb-nutted customers, who have a weird expectation that services will operate to time.

I have now been in the South long enough to know that any time given is a-best-guess or an opening bid about what will happen. It is certainly not an assurance to be relied upon. Stuff happens when it happens, and everyone who lives here knows, understands and accepts that.

So, when will it depart after that?

When the load captains have finished loading, and when they say so.

And that won’t be until the train has arrived and disgorged its load.

At 12.35 passengers stream into the waiting area. Hallelujah, the train has arrived. Praise be to Amtrak.

By 12.45 these passengers plus the now 20 to 30 locals that are going to New Orleans have formed a disorderly melee outside the waiting area in front of the buses, engines still running, cargo bay open, one driver sitting quietly having a smoke.

Edward the Tall, a gangly white kid in an Amtrak uniform, is trying to instil order.

“Now I need you all back inside and form a queue please.” It sort of happens.

Sleeping cars’ passengers first. They are the premium payers. I am not one of them.

At 12.50 we start loading. Edward is there with his magic wand capturing the electronic ticketing symbols.

One by slow one we get on board and are given a snack pack — some nuts and dried fruit and a cookie — presumably to compensate for lateness although no one says so, or even says sorry.

On board there is no Wi-Fi and no charging points — this is not even as good as Greyhound — but there is a toilet. Shortly after 4pm we arrive in New Orleans, the Big Easy. Waiting for a train was over.

Lyon is a gem of a city. Set on a hilly site, it's where the Rhône and Saône … END_OF_DOCUMENT_TOKEN_TO_BE_REPLACED

All roads to the Great Ocean Road pass through Geelong, once a bustling port and … END_OF_DOCUMENT_TOKEN_TO_BE_REPLACED

John Bishop is an experienced and widely published travel writer and broadcaster with a long career in journalism and public relations. His travel stories have been published in Stuff Travel, the New Zealand Herald, and in LawTalk (the journal of the NZ Law Society), by the apn chain of newspapers in Queensland, Australia, and by Rotary DownUnder, (the monthly journal of the Rotary movement in Australia, NZ and the Pacific). He has also broadcast his experiences in the Odyssey segment of Nights with Bryan Crump on Radio New Zealand. … END_OF_DOCUMENT_TOKEN_TO_BE_REPLACED