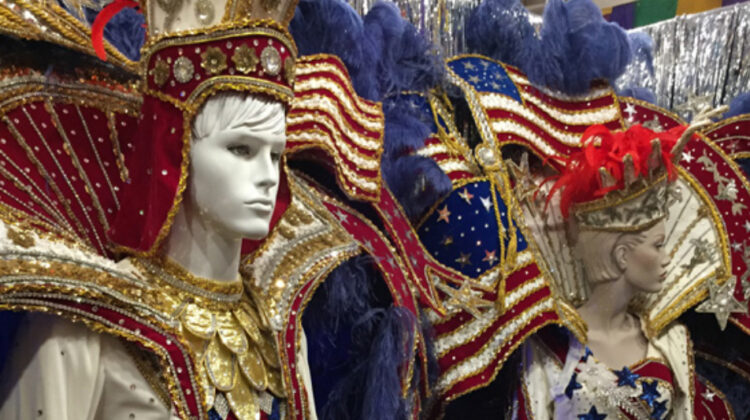 Take a beautiful national park complete with nature trails, wildlife, including alligators and pink cranes, add a beach, some casinos, plenty of local history, some great local food and a rum distillery and you have Lake Charles in southwest Louisiana.

Lake Charles is about 2-3 hours drive west of New Orleans and about the same distance east from Houston, Texas. It’s a town of about 100,000 people with its own port, airport and rail connections as well as the interstate highway.

I had the opportunity to spend 48 hours there breaking up my journey from New Orleans to Houston and was entranced by the variety and the beauty. It’s not like the rest of Louisiana as there was never any planation economy here; hence no slaves and no residue of that terrible system.

Geographically it is more like Texas: low-lying farming and cattle country, now sustained by an active petro-chemicals industry. That, along with tourism and recreation, are the major industries.

The locals are self-reliant and while the area was devastated, first by Katrina and then by two more major hurricanes, people have picked themselves up and carried on. Even now lots of RVs are used as homes, although some are for transient labour in the oil industry.

The locals are an enterprising lot. One story lovingly told by local historian and raconteur Adley Cormier is of how, in 1840, some intrepid inhabitants of Lake Charles, tired of making the long trek to the town of Marion 262 miles north – a four-hour journey even on today’s roads – went to the town and removed the courthouse and floated it down the river to Lake Charles.

In those days people had to go to the courthouse to vote, to register land and to make complaints. Lake Charles was much bigger than Marion and the locals were fed up with the trip. So, Sam Kirby and Jacob Ryan (who was the Sheriff in Lake Charles) went up to Marion, rolled the building onto a barge and floated it down the river.

They then wrote to officials in Baton Rouge, the state capital, and told them what they had done. Nothing happened. The courthouse remained in Lake Charles but was burned down in the great fire of 1910 which ravaged much of the town.

Another bizarre twist concerns the local casinos. Under state law, any gambling house must be a minimum of one foot away from land and be on water.

It’s a hangover from the days when gamblers were taken out to sea beyond the reach of the authorities on land to drink, gamble and party. It was common practice in seaside states like California, New Jersey and Florida both before and after the Prohibition era.

When federal law allowed local indigenous tribes to run casinos on their reservations there was pressure to allow gambling in the state more generally.

The “over water” provision supposedly protects people from the evils of gambling. “It isn’t logical,” says Adley. “In fact, it’s ridiculous, but it’s the law.”

At the Sabine-Neches Waterway, a large area of protected swamp and marsh land about 30km outside Lake Charles, look for air bubbles in the creeks and canals. That’s a sign that alligators are lurking just below the surface. Their fearsome faces break the surface and the big eyes stare at you.

Visitors can walk, ride or drive around the wide path-ways to see alligators, turtles, bunnies and abundant birdlife. At the wildlife recovery centre are baby alligators; orphans, the lost and the injured who are nursed back to health and then released.

At Holly Beach where the brown-coloured surf roars in, the houses are on stilts reminiscent of the Australian Federation style. People come here for the colourful shells which are constantly washed up by the tidal actions from the Gulf of Mexico.

And of course, the food is legendary. At T Boys Cajun Grill, a nondescript redbrick building at an intersection of two long flat roads, I enjoy some seafood gumbo and a fish po’boy. Food in the South is always taken seriously, and lunch is usually a substantial sit-down affair.

Crawfish poppers are a feature: jalapeno peppers stuffed with craw-fish, breaded and deep fried to make a delicious snack.

Likewise, at Momma Retta’s in downtown Lake Charles, I am eating meatloaf and mashed potatoes with good brown gravy with some black eyed peas on the side plus cornbread.

A slice of soft chocolate sponge sweetly iced is included with all servings. The place is full. It’s good quality, modestly priced Southern food. Not fancy, just tasty and filling.

A speciality of the area is boudin sausage. Green and white onions are minced and added to cooked rice. Pork is minced and added along with pork brine, the pork fat imparting a rich flavour.

Some varieties of boudin use liver; others have hot spices. They are widely eaten for breakfast, at a barbecue or as a snack. The 11 larger boudin makers are organised into a trail where visitors can see the manufacturing – still mostly hand done – and to sample the various wares.

Land crabs are prolific and breed easily. The daily allowable catch is five dozen per person. They are thrown straight onto a barbecue or boiled up with potato, onion, garlic and spices and then cracked open and eaten. Crawfish, a creature about the size of a large prawn, get the same treatment.

Also in the area is a rum distillery which makes a range of fine rums sold locally and across North America and in some foreign markets. The rums are soft and appealing, a long way from the harsh, biting dark navy rums which need a strong mixer to make them palatable.

These are quaffing drinks, cocktail mixers, and at the top of the range, they compete with malt whiskies and fine bourbons and ryes for the attention of discerning palates.

Rum is made from molasses, sugar and water to which is then added yeast and the alcohols start to ferment.

After 30 hours the mixture is 9% ABV. It is then distilled into 1,000 gallon tubs where it’s boiled off for five hours. The volume is reduced to just a quarter of the original, but alcohol content is quadrupled.

Now just 250 gallons go into pot stills. White rum takes a month to settle down; dark rums between 30 months and six years. The spirit is then aged in oak barrels which have previously had other spirits in them: bourbon, wine, sherry, XO brandy.

God’s percentage – the amount lost through vaporisation – varies with age; up to 19% can be lost in five years.

The market is mainly 28-38-year-olds. “Rum hasn’t yet had its day in the sun,” says master distiller Jeff Murphy. Rum, he says, can compete with any other spirit for complexity of flavour and taste.

They make a white rum used in cocktails, a spiced rum often drunk with a mixer, and two liqueur rums, one flavoured with satsuma mandarins, the other with coffee, both typically served over ice or straight up at the end of a meal.

Mardi Gras – literally Fat Tuesday – started as a crazy day of over-indulgence in medieval times before the lean times of self-sacrifice during Lent which begins the very next day on Ash Wednesday.

It is now a massive charity event not just in New Orleans, the best-known home of Mardi Gras, but throughout Louisiana. The very best costumes are pre-served and held on display at the Mardi Gras Museum in Lake Charles.

Outside of New Orleans, Mardi Gras was always more family oriented. No voodoo elements are involved which again reflects the absence of slave culture. Children were included in the balls and parades where daughters were presented in a manner akin to a debutante outing.

Nowadays the events are massive fundraisers. Groups of between 50 and 200 people known as “Krewes” select a theme for their costumes and make very elaborate outfits and masks and collect money for their various causes.

Themes for a Krewe may be anything but nothing overtly political and no sports teams: the circus, wildlife, exotic locations, the seasons, movies, children’s activities are all popular.

The highest honour is to be selected as the King and Queen of the Mardi Gras, and selection is often based less on the costume than for the couple’s service to the community.

“It’s Rotary with sequins,” says Adley Cormier, the local historian who is also a tour guide.

Currently there are 76 Krewes taking part annually and costumes can cost between eight and ten thousand dollars each.

Lyon is a gem of a city. Set on a hilly site, it's where the Rhône and Saône … END_OF_DOCUMENT_TOKEN_TO_BE_REPLACED

Travelling’s easier when people go out of their way to help. Three incidents … END_OF_DOCUMENT_TOKEN_TO_BE_REPLACED

All roads to the Great Ocean Road pass through Geelong, once a bustling port and … END_OF_DOCUMENT_TOKEN_TO_BE_REPLACED

John Bishop is an experienced and widely published travel writer and broadcaster with a long career in journalism and public relations. His travel stories have been published in Stuff Travel, the New Zealand Herald, and in LawTalk (the journal of the NZ Law Society), by the apn chain of newspapers in Queensland, Australia, and by Rotary DownUnder, (the monthly journal of the Rotary movement in Australia, NZ and the Pacific). He has also broadcast his experiences in the Odyssey segment of Nights with Bryan Crump on Radio New Zealand. … END_OF_DOCUMENT_TOKEN_TO_BE_REPLACED