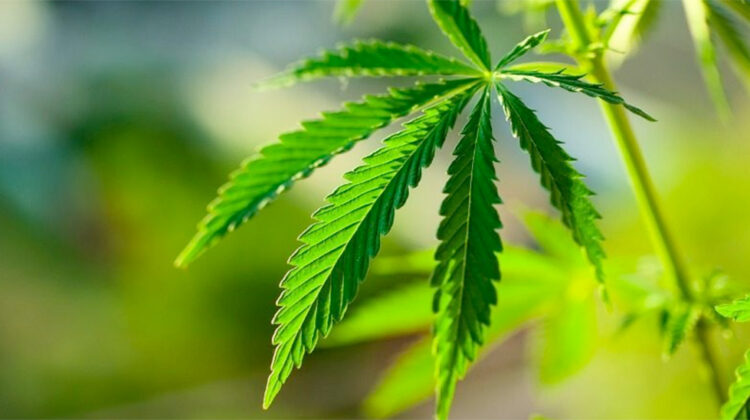 Back in 1970s New Zealand, idealistic young reformers saw marijuana as a wonderful recreational drug which enhanced other experiences like eating, drinking, sex, music, images and the enjoyment of nature.

They campaigned for its legalisation, and in the utopian state they envisaged, big tobacco companies were the enemy and wouldn’t be allowed to sell marijuana. The friendly hippie with a small plot of marijuana plants at the edge of town was their friend. Besides, they could always grow a few plants themselves and share with friends.

In their idealistic moments, marijuana was legal, cheap, easy to grow, readily available and widely shared. Some argued for a state company to buy and process the leaves, or at least for some regulation to ensure quality and consistency, just as New Zealand tobacco growers of the day and cigarette companies were regulated.

More recently the debate in New Zealand has moved to a different ground; the medical benefits of marijuana for pain relief and treating various mental disorders, the former being led and inspired by the late union leader Helen Kelly.

A hemp industry has been advocated over the years, most recently by former Green MP Nándor Tánczos, but it has attracted only limited support. In the US the lobbying effort is now headed by the former speaker of Congress John Boehner.

At present 29 states allow the use of marijuana for medical reasons, but only nine allow recreational use as well. Interestingly, in almost all the states that allow recreational use the law change has come about through popular initiatives at the ballot box rather than by legislation in the state assemblies. Vermont is the one exception.

In the US Federal system this situation of mixed legalities has created some interesting problems, not the least of these being people who travel to a neighbouring or nearby state to buy or consume marijuana. If they take the product back to their home state they are committing a federal offence, even though they may have made a legal purchase.

Another issue is operating a business growing or selling marijuana. It might be legal in the state where the business operates, but at a federal level, the Inland Revenue Service doesn’t recognise this and won’t allow normal business expenses, like wages, rent, operating costs and product purchases to be deducted for tax.

Apart from skewing the economics of the marijuana growing industry, it is also argued that non-deductibility encourages vendors to make illegal sales just to keep in business. And in turn this is further compounded by the collapse in wholesale prices for marijuana over the last five years.

Those prices are a lot lower than what pot farmers thought they would be getting for a wholesale gram when they were first applying for licences at the end of 2013. Susan Gress, a legal pot farmer of Vashon Island outside Seattle said this in an article headlined “Legal Weed isn’t the boon small business thought it would be”, published on the political website 538.com in December 2017.

But, despite continuing federal prohibition, legal sales of marijuana in North America were worth $US9.7 billion in 2017, according to a report from Arcview Market Research and BDS Analytics. That’s up a third by value on 2016.

With this background I investigated what was happening in Denver, Colorado on a visit in May/June this year. There I met Cindy Sovine-Miller, a lobbyist for the marijuana industry.

She won a battle over the use of medical marijuana in schools – the so-called Jack’s Law after a child called Jack who had severe cerebral palsy and used marijuana to ease the pain. He was not allowed to use it in school.

The law allowed schools to permit the use, but no school did. Jack’s amendment mandates that schools must allow it.

Ms Sovine-Miller supports industry regulation. “All cultivation is done indoors, and everything is recorded on camera. It is like a lab-oratory. Staff all wear white coats, masks and gloves, dust and pollen are prevented from moving from room to room.”

Although this is seemingly about hygiene, it is also about controlling the industry and deterring poor operators from setting up.

“Without standards we would have bad operators.”

Cindy took me to a medical marijuana dispensary where I met owner Erik Santus.

The dispensary is one of many commercial tenants in a modest brick multi-storey building close to the CBD, but you’d need to know it was there because it has no signage.

Entering the premises is like stepping into the waiting area of an expensive consultancy – high class carpet and drapes, low level settees, art work on the walls, desks placed discreetly for staff to work at.

The nerve centre is the dispensary itself, which looks like an old chemist’s shop. The door can be securely locked and there is a warning sign, just like the signs which used to at the entrance doors of public bars in New Zealand. “DO NOT ENTER 18+ ONLY. Access limited to licensed personnel and escorted visitors.”

The products are displayed in glass cabinets. You ask for what you want and staff take out your selections. It emphasises the point that this is a medicinal purchase.

Erik says the whole operation is constantly under video surveillance, and it’s a legal requirement to keep the tapes for two months. The Marijuana Enforcement Division of the Denver Police can ask to see the tapes.

“We have to keep track of the product. All our trading in the dispensary is recorded. Compared to other small business, selling marijuana is more difficult because of all the regulations we have to follow,” he says.

It’s $5 for a single joint which comes in a plastic silo. The bowl, which contains an ounce of marijuana, is $125, but has enough to make about 30 joints, one a day for a month. This is where the exotic names come in. ‘Girl Scout Cookies’ is described as “famous sweet berry taste great for relaxation from pain and stress”.

And on ‘Golden Stormz’ the sales pitch is “The strain is calming and relaxing. Great for relieving end of day stress. Long lasting pain relief.

The maximum amount that can be sold to an individual in a single day is one ounce. One chain of dispensaries operating in the recreational market was shut down for selling the maximum amount to the same individuals several times a day, a practice known as ‘looping.”

To get marijuana for medical pur-poses requires a doctor’s prescription and the user must register with the state. But that person can grow up to 24 plants for personal use.

It’s difficult to tell the difference between medical and recreational usage. Cindy Sovine-Miller compares growing marijuana to making wine. “Why do people have a glass of wine in the evening?” she asks. To relax, unwind, shed the troubles of the day, enhance food, I suggest.

She makes light of the difference.

“Do we allow one of the safer sub-stances in the world to be readily available or do we allow – or even require – people needing pain relief to seek out more dangerous alternatives?”

New Zealanders make a clear distinction between medical and recreational use.

In June 2017 Research NZ polled 500 people on legalising canna-bis-based products for medicinal purposes. They found 77% supported this and 16% were opposed.

A Curia Research poll for the New Zealand Drug Foundation in July 2017 found a similar result. Sixty-five percent wanted marijuana either legalised or decriminalised, with 79% and 80% in favour of that specifically for pain relief or terminal pain relief respectively.

While 52% supported “personal growing” to be legal, only 21% supported legalising “growing for friends”, while 30% favoured “selling from a store” being legal.

Also in 2017, Colmar Brunton for TVNZ asked 1,007 voters: “It has been suggested that the sale of cannabis should be legalised. Its cultivation and sale would be regulated. Do you support or oppose this idea?” The response was: 47% supporting the idea, and 41% opposing it.

There are several other features of the Colorado situation worth noting.

Marijuana for medical purposes has been available in Colorado since 2001, but marijuana for recreational use became legal only on 1 January 2014.

Cultivators, sellers and manufacturers of marijuana-infused products like balms and oils must be local.

Ms Sovine-Miller says “We were scared so we took it slow. Only people who had been residents of Colorado for two years prior to the legalisation of the industry had the right to enter it. That has limited public investment from outside the state. There are no listed public companies trading in marijuana.”

It also has a perverse result. Only labs in Colorado can test marijuana, and this has led to a variety of results because the labs’ performance has varied.

The local industry is far from being a happy group of cultivators and users. The enemies of the marijuana industry are alcohol and pharmaceutical companies which see marijuana as a threat to their products.

For example, doctors who gave out “too many” prescriptions for medical marijuana have been threatened with malpractice suits.

The law relating to how much marijuana a person was legally allowed to have had to be changed to stop police including waste product from plants like clippings, buds and stalks in the weight calculation.

Legislation to allow social spaces where people could gather to smoke marijuana was amended to exclude facilities with a liquor licence. That legislation has still to be passed, but the user’s dream of a smoke and a beer in a bar or café has gone.

Smoking in public places, including in parks, on street corners, and in your own vehicle is illegal. Smoke at home is the message – this is not Amsterdam.

Are there lessons for New Zealand here? One is to be clear about what behaviour we are willing to allow. The public do not see medical and recreational use as the same thing.

If there is to be a regime which licenses cultivators, but allows individuals to grow some quantity for personal use, what are the permitted quantities?

In Colorado an individual with a medical prescription for marijuana can grow 24 plants for personal use. A cultivator must have at least 2,000 plants.

In Colorado monitoring and enforcement of the law is a police matter. Is that the best way? Incidentally, no one in Colorado argues that legalising marijuana has saved the police time or money.

Who is to test for quality and to measure the THC – a cannabinoid – level? Is a customer entitled to know this before purchase? If so, labelling becomes an issue.

Are there controls on price and quality and what might be the consequences for families and the community if prices become too high or drop very low?

There are many questions to be asked and answered, but the most basic one is whether there is public support for legalisation.

Public opinion in New Zealand seems to be strongly in favour of allowing marijuana use of medical purposes and quite strongly against for recreational purposes.

Lyon is a gem of a city. Set on a hilly site, it's where the Rhône and Saône … END_OF_DOCUMENT_TOKEN_TO_BE_REPLACED

John Bishop is an experienced and widely published travel writer and broadcaster with a long career in journalism and public relations. His travel stories have been published in Stuff Travel, the New Zealand Herald, and in LawTalk (the journal of the NZ Law Society), by the apn chain of newspapers in Queensland, Australia, and by Rotary DownUnder, (the monthly journal of the Rotary movement in Australia, NZ and the Pacific). He has also broadcast his experiences in the Odyssey segment of Nights with Bryan Crump on Radio New Zealand. … END_OF_DOCUMENT_TOKEN_TO_BE_REPLACED