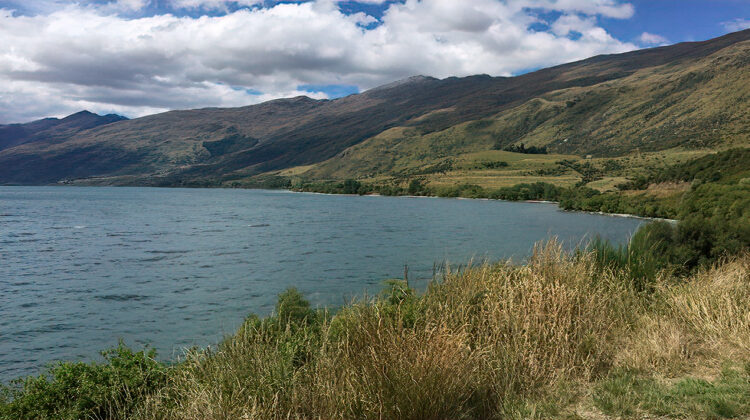 Central Otago in summer is hot, relaxing, historically interesting, wonderfully scenic and full of activities, and most of those features continue into autumn.

Queenstown was lively over the summer months, but nothing like its heady days when the place was packed with international visitors and Kiwis felt alienated by the crowds and the high prices.

Autumn is when the always gorgeous and adventure-filled Central Otago is truly at its best.

This summer there weren’t the crowds, but the prices weren’t much lower than usual – at least not in my reckoning. Nowhere did I see a No Vacancy sign, so occupancy was less than 100 per cent in January and February.

My wife and I stayed in Queenstown and used it as our base to explore the rest of Central Otago. We visited Arrowtown, Wānaka, Hāwea, Tarras and the Gibbston Valley, Cromwell, Alexandra and Bannockburn, before heading up through the Lindis Pass into Canterbury.

A visit to the Gibbston Valley Winery is a regular call for us when in the area. It is one of the earliest and still one of the best vineyards to visit in Queenstown. Their wines are excellent, although many will say that other vineyards have topped them in certain categories. That’s a matter of taste and opinion.

What makes Gibbston attractive is the quality of the restaurant and the more informal café area, which serves meat and cheese platters. An afternoon whiled away sipping wine, eating cheese and reading our Kindles is an afternoon well spent. There are plenty of other quality wineries to visit and we also took in Amisfield and Mount Rosa – and even had time for a relaxing ale at the Gibbston Tavern.

Cromwell is a feast of delights. Its fruit “sculpture” at the entrance to town is much scorned, but also admired by some. It was the brainchild of a rotarian in the early 1980s who was looking for something to profile and uplift the town’s image as the fruit-growing capital of New Zealand. Perhaps it was a good idea back then.

Also in Cromwell is a street with a rather special name. Neplusultra Street is a play on a Latin tag, or is simply bad Latin, depending on which scholarly voice you choose to heed. Literally it means “not further than this” and was intended as the boundary line for the new settlement back in 1863. This was literally the edge of town. Another translation might be: ”this far and no further”.

When Cromwell was going to be flooded as part of the Clyde Dam project back in the 1980s, two things happened. One was that Lake Dunstan was created in 1993, and secondly, Cromwell’s heritage area came into being.

It’s a commendable effort to create an historical area which tourist can visit and enjoy. I had visited before, but I ambled through the print shop and read the story of the bakery, and enjoyed a coffee from the Italian café. It had not changed much since my last visit in 2005. It needs more investment in presentation and some fresh product. Still, it’s a nice way to fill in part of a morning and to learn something of the history of the place.

Such has been the pressure on accommodation in Queenstown, particularly for staff in the hospitality and tourist industries, that many have opted for Cromwell and put up with the daily grind of a twisty drive through the Kawarau Gorge to Queenstown. As one wit put it, the best thing about Cromwell is that it’s closer to Queenstown than Alexandra is.

Down the road a bit, is Bannockburn, a small settlement with a fine pub, which is consistently an excellent place to eat. The dining room extends onto a lawn with a commanding view of the surrounding area; lovely in the balmy evenings which last so long in that part of the world.

While the recent property and retail developments in and around Queenstown and Wānaka are astonishing, up at Lake Hāwea – about 35kms north of Wānaka – there are dozens of new sections for sale alongside a host of expensive homes already built in the last few years. A mere $339,000 will secure a section at Willowridge. I wondered what all the people did for a living; not all retired folk or refugees from Auckland surely?

A new tourist venture based in Alexandra takes you up the Clutha River to see the huts and holes in the hillside where gold miners (mainly Chinese) lived in the 1860s. It was instructive, although the lack of shelter and shade on the boat was a problem.

One of the best features of Central Otago is the weather. We’d had a week of rain in Christchurch and a week of drizzle and overcast windy conditions in the Catlins, before getting to Central Otago, so unrelenting heat was very welcome.

A new water park where people slide about and jump off a floating structure into the river situated at Lowburn up the road from Cromwell was doing a roaring trade and so were the various vendors on the riverbank. We indulged in a bit of crowd-watching given that swim times were by appointment and we didn’t have one.

Eichardts is one of the legendary hotels of Queenstown: certainly the oldest and right on the lake front. Now with just a few luxury apartments and some suites, it’s the bar and its cocktails that attracts the ordinary (well-heeled) public. I come here for classy drinks when I am in town and have never been disappointed.

A fan of the quirky and interesting, I’m also drawn to the chalk board with answers to 23 frequently asked questions and I note that the royal formerly known as Prince Harry was here in May 2015 and had a feed of bangers and mash.

In Arrowtown, amid the well-preserved old town buildings, there is a small park in the middle of which is an old-style red telephone box. Ever curious, I enter and lift the handset, and, to my amazement, there is a dial tone. It seems to still be operating!

In our wanderings around the southern South Island, I set up an imaginary best cheese roll competition, which was really an excuse for me to eat cheese rolls whenever I came across them. After exhaustive testing of the available product, I can proclaim that the best cheese rolls are to be found at the Tarras Village Café.

Cheese rolls are a great southern tradition and there is much debate about how best to produce them. Normally a single slice of bread is rolled up with cheese inside, toasted and served with butter to spread on top.

There is a school of thought that the roll should be buttered before toasting, as this makes the roll crispy and softer. I subscribe to that view and so does the Tarras Village Café. There are heretics who put onion in the roll, or who mix in Maggi onion soup: such people and rolls are both best avoided – in my view.

Lyon is a gem of a city. Set on a hilly site, it's where the Rhône and Saône … END_OF_DOCUMENT_TOKEN_TO_BE_REPLACED

All roads to the Great Ocean Road pass through Geelong, once a bustling port and … END_OF_DOCUMENT_TOKEN_TO_BE_REPLACED

John Bishop is an experienced and widely published travel writer and broadcaster with a long career in journalism and public relations. His travel stories have been published in Stuff Travel, the New Zealand Herald, and in LawTalk (the journal of the NZ Law Society), by the apn chain of newspapers in Queensland, Australia, and by Rotary DownUnder, (the monthly journal of the Rotary movement in Australia, NZ and the Pacific). He has also broadcast his experiences in the Odyssey segment of Nights with Bryan Crump on Radio New Zealand. … END_OF_DOCUMENT_TOKEN_TO_BE_REPLACED